This review appeared in Issue 69 of Filter magazine, published by the Australian Network for Art & Technonolgy.

If you had wandered into the Adelaide Festival Centre Artspace one evening in March, you might have been surprised to find an exuberant free-for-all of cutting edge creativity, with pensioners and pre-schoolers alike jostling to get their hands on batteries and mini Light Emitting Diodes (LED’s). It was the Graffiti Research Lab (GRL) ‘Throwie Workshop’, a public event part of the ANAT supported week-long GRL emerging technology lab masterclass, and boy was it popular. The simple process of taping a battery and a LED to a magnet was easy, fun and consequently embraced wholeheartedly by all. The Throwie was soon expanded and modified, morphing into massive multi-LED constructions, clip-on clothes lights, or mega magnet monsters. Theoretically, it might have been difficult to explain the process to such a diverse crowd, but once they got their fingers around the technology, the comprehension and creativity flowed. 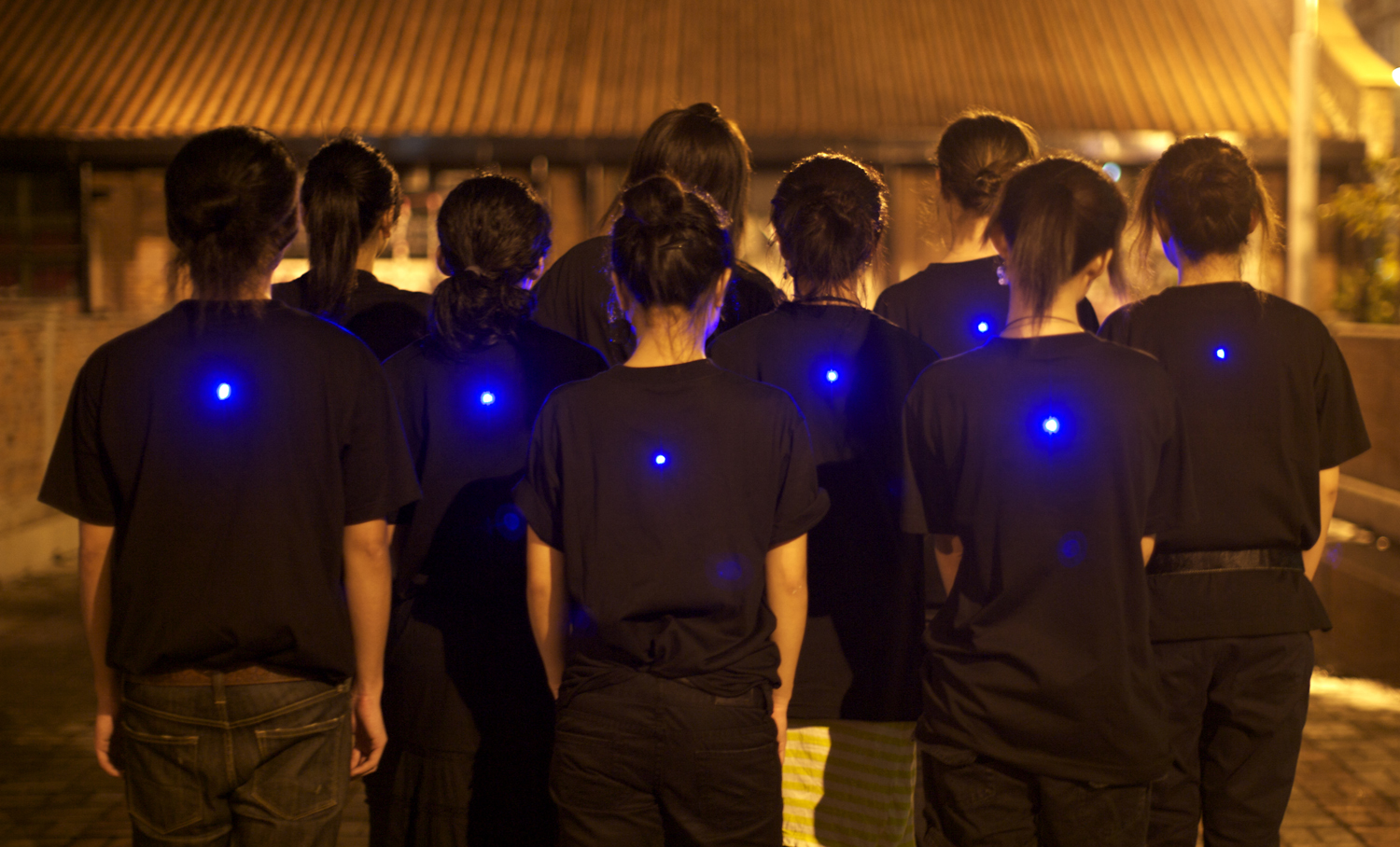 Making technology tangible is no mean feat and is something that ANAT has been achieving for a long time. Back in the days of yore (about 15 years ago) ANAT was one of the first arts organisations in Australia to give artists access to a new fangled thing called “The Internet”. They didn’t need to learn (although they could) about strange things like Domain Name Suffixes or Internet Protocols; they could simply come to the ANAT office, sit in front of the colourful screen of the PC, play and see what happened. This learning by doing has been strenuously fostered by ANAT from as early as 1989 through annual emerging technologies (et) labs and Summer Schools, such as Time_Place_Space (integrating performance & technology), Trickster (video jamming), Alchemy (new media curation & theory), Blast Theory (mobile and locative gaming), reSkin (wearable technologies) and the more recent still/open (open source and creative commons) – all supported by ANAT’s playfully polygamous partnerships.

The importance of making a space for experimentation with technology was especially clear in ANAT’s 2005 ET lab Create Space. By investigating the utilisation of space in game architecture, sound design and locative media, the physicality of media art was at the forefront of issues explored. For participant Tim Plaisted this meant creating a USB controller for navigating a 3D space made from banana bread, a no doubt unique haptic experience of cyberspace. On the other hand, Matt Gardiner’s creation of Orobotics, robotic origami flowers, provided a unique investigation of the spatial, physical presence of technology and have since featured in Melbourne’s ACMI atrium and at media art exhibitions internationally. Intrinsically a hands-on art form, origami is an ideal crossover point to highlight, particularly in glowing floral form, the importance of technology’s inherently tactile nature.

Successful outcomes were particularly impressive for artists participating in ANAT’s reSkin et lab, which intertwined the practices of media arts and sound design, textile and weaving, jewellery, object and fashion design. Participant Elliat Rich, drew on her long experience in the field and went on to appear on the ABC’s New Inventors, where her wearable technology was a winning entry. Leah Heiss has created a successful relationship with Nanotechnology Victoria (through a Victorian Arts AIR and then the Australia Council), exhibiting her work across Australia and internationally, producing beautiful and functional jewellery with medicinal benefits and the potential for commercial production. Ben Denham’s work was featured in a recent issue of runway, Michael Yuen went on to be artist in residence at The Jam Factory, and then followed his practice across Asia with an AsiaLink residency, Keith Armstrong has exhibitions in Australia, the UK and China this year and Somaya Langley was recently appointed coordinator of ElectroFringe. reSkin took the hands-on approach to a new level, allowing many artists their first opportunity to explore the tools and technologies of other disciplines. Inherent in the works produced, was a concern with technological embodiment, a dream that technology should be more then just clicking.

Too often media art can be seen as the funkier, more socially acceptable offspring of conceptual art. Like its no-longer-hip parent, media art can be perceived as abstract, cold, esoteric, distancing and disconnected, floating in an inhuman cyber void of ideas and bits. A popular conservative conception is that technology creates barriers between people, and as such media art is somehow inorganic and less human. It’s not. More than just random pixels and confusing hyper-linkery, media art touches and connects us in profound and unexpected ways, figuratively and literally. Media art is at its best when it tears away the cool veneer, letting the mess of wires hang out, and crying to be touched. Mobile phone and MP3 manufacturers have certainly capitalised on the haptic, sensual aesthetic value of technology in recent years. As ANAT’s cohort of tech-savvy creatives grows, we will continue to help them get hands on with the latest technology, helping artists change the way the future feels. ANAT’s next lab may be on dance and robotics, and by then who knows… maybe the technology will touch back.